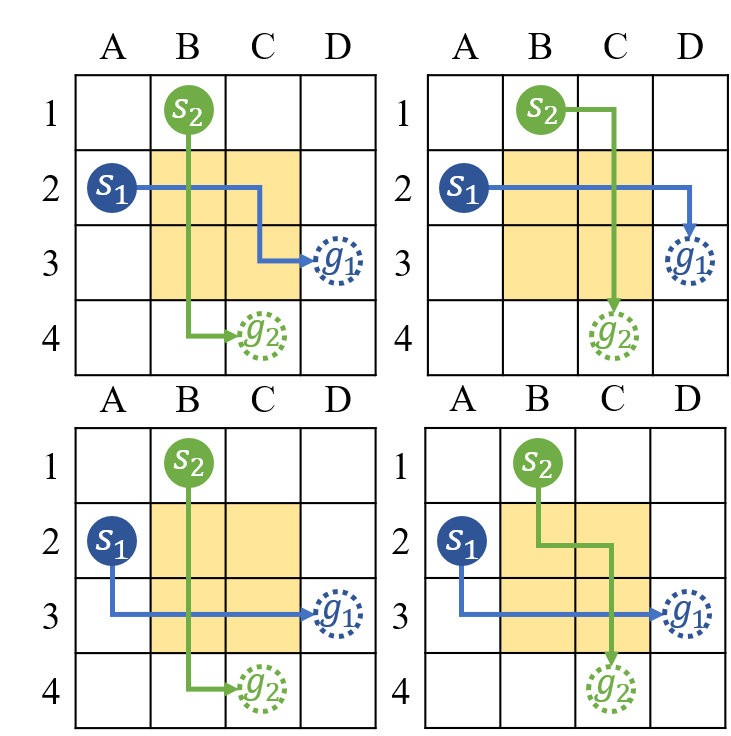 Multi-Agent Path Finding (MAPF) is a challenging combinatorial problem that asks us to plan collision-free paths for team of cooperative agents. One of the reasons MAPF problems are so hard to solve is due to a phenomena called pairwise path symmetry, which occurs when two agents have many equivalent paths, all of which appear promising, but which are pairwise incompatible because they result in a collision. The symmetry arises commonly in practice and can produce an exponential explosion in the space of possible collision resolutions, leading to unacceptable runtimes for currently state-of-the-art MAPF algorithms that employ heuristic search, such as Conflict-based Search (CBS). To break symmetries, we propose a variety of constraint-based reasoning techniques, to detect the symmetries as they arise and to efficiently eliminate, in a single branching step, all permutations of two currently assigned but pairwise incompatible paths.