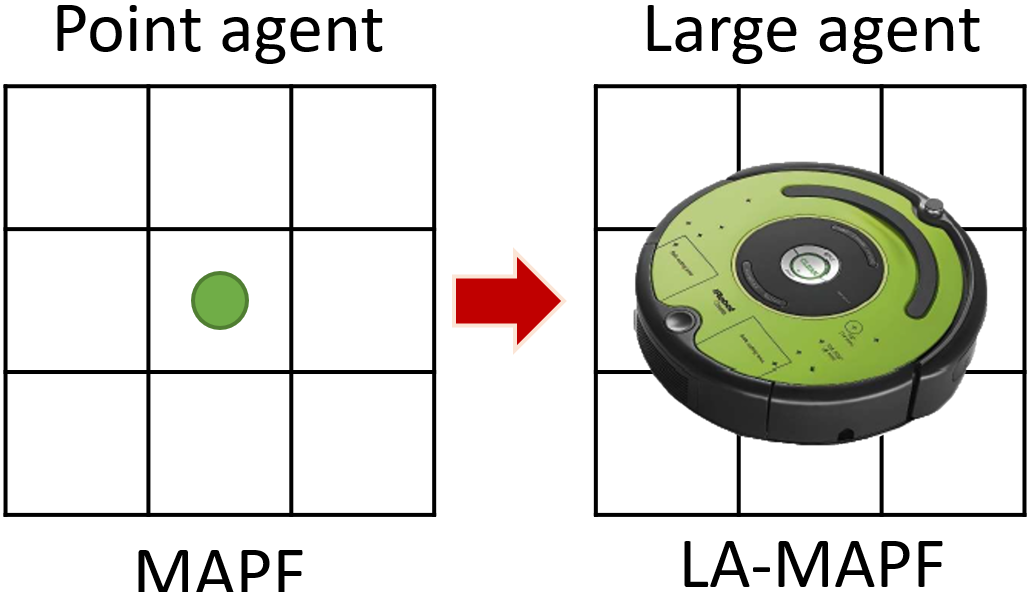 Multi-Agent Path Finding (MAPF) has been widely studied in the AI community. For example, Conflict-Based Search (CBS) is a state-of-the-art MAPF algorithm based on a two-level tree-search. However, previous MAPF algorithms assume that an agent occupies only a single location at any given time, e.g., a single cell in a grid. This limits their applicability in many real-world domains that have geometric agents in lieu of point agents. Geometric agents are referred to as “large” agents because they can occupy multiple points at the same time. In this paper, we formalize and study LAMAPF, i.e., MAPF for large agents. We first show how CBS can be adapted to solve LA-MAPF. We then present a generalized version of CBS, called Multi-Constraint CBS (MCCBS), that adds multiple constraints (instead of one constraint) for an agent when it generates a high-level search node. We introduce three different approaches to choose such constraints as well as an approach to compute admissible heuristics for the high-level search. Experimental results show that all MC-CBS variants outperform CBS by up to three orders of magnitude in terms of runtime. The best variant also outperforms EPEA* (a state-of-the-art A*-based MAPF solver) in all cases and MDD-SAT (a state-of-the-art reduction-based MAPF solver) in some cases.